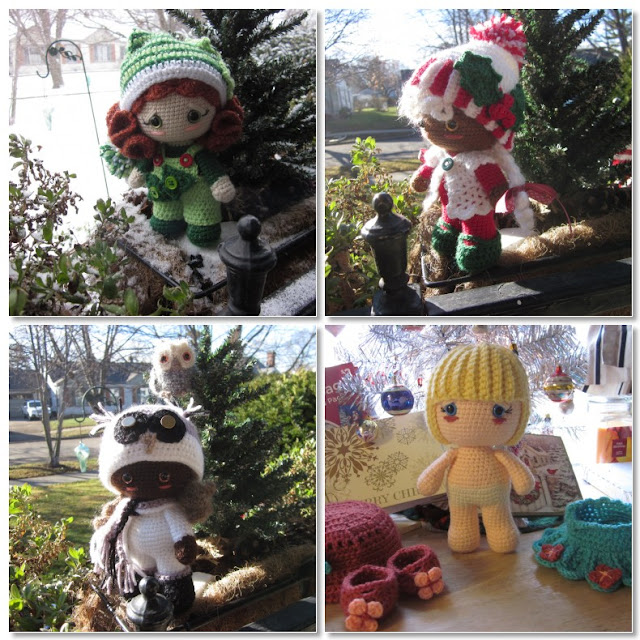 My latest crochet obsession is a pattern which is freely available from Ravelry.  It is Laura Tegg's Weebee doll.  Not only is the doll pattern free, but Laura has several clothing patterns for free as well, in addition to some paid patterns.

My dolls were made with Knit Picks Brava Sport and a size C (2.5mm) crochet hook.  They are about 7.5 inches tall, with adorably large heads.

I like to make my dolls with move-able heads, so below you will find a picture tutorial for how to do this. 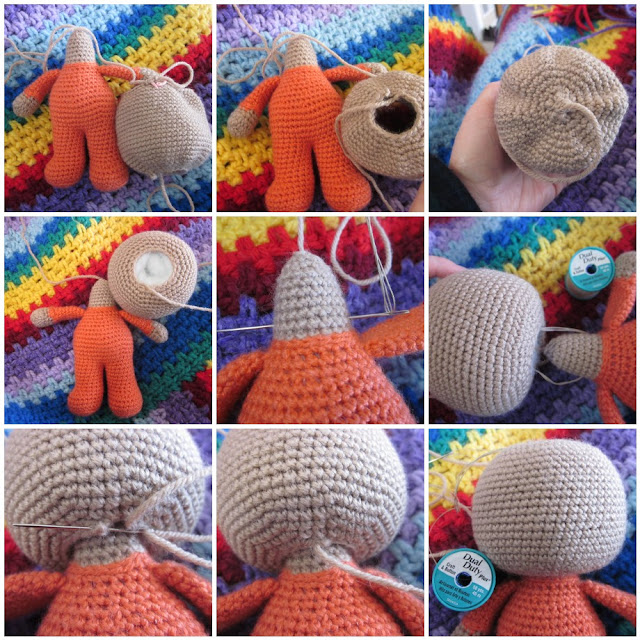 Almost any crochet doll pattern can be adapted to make a move-able head.

In this case, this is Laura Tegg's Weebee doll pattern with a move-able head. Simply work the body pattern as instructed to the point just before you increase to make the head. Instead, make a neck stub seven or eight rows long, tapering the last two rows as shown above.

Stuff the head firmly, but make a hollow up the center that you can insert the neck stub into; the fit should be very snug. Joint the head to the neck with four strands of craft or carpet thread and a dollmaking needle, as illustrated in the middle row of images.

Tie off the carpet thread at the top of the head with a secure double knot. The wig cap or hat will cover this.

Finally, take the yarn tail from the beginning of the head and join to the first stitch of the head at the neck opening and pull tight. Bury the yarn end in the head. 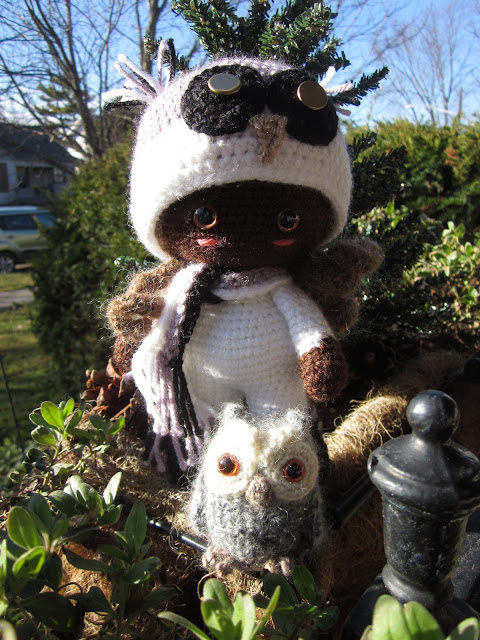 Olive and Owen and I wish you all a happy new year; filled with the blessings of crochet and kindness! 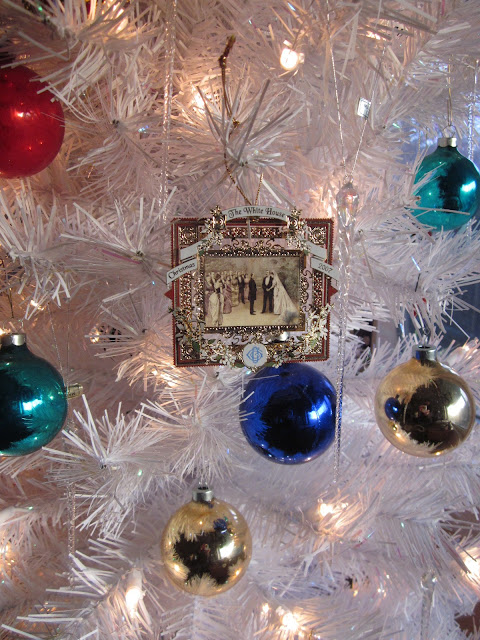 May your holidays be filled with joy and family; kindness and compassion.
Merry Christmas!
Posted by Beth at 7:32 AM 4 comments: 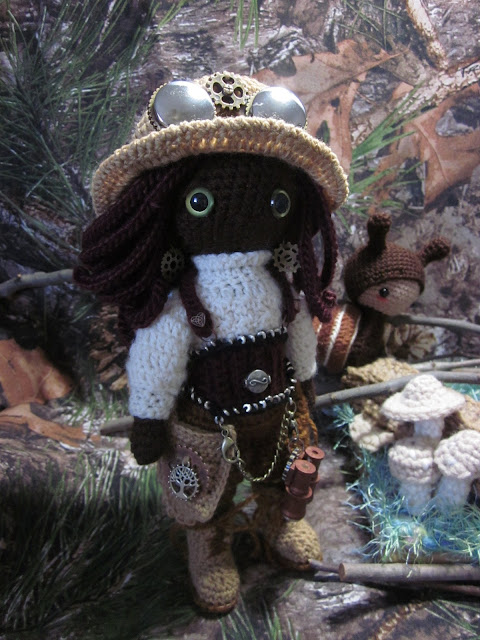 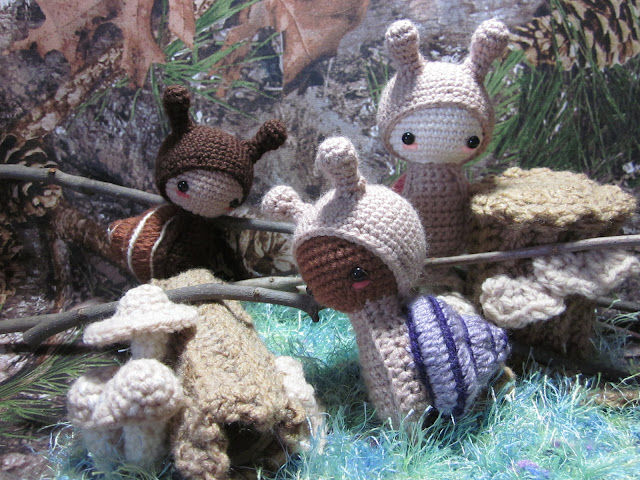