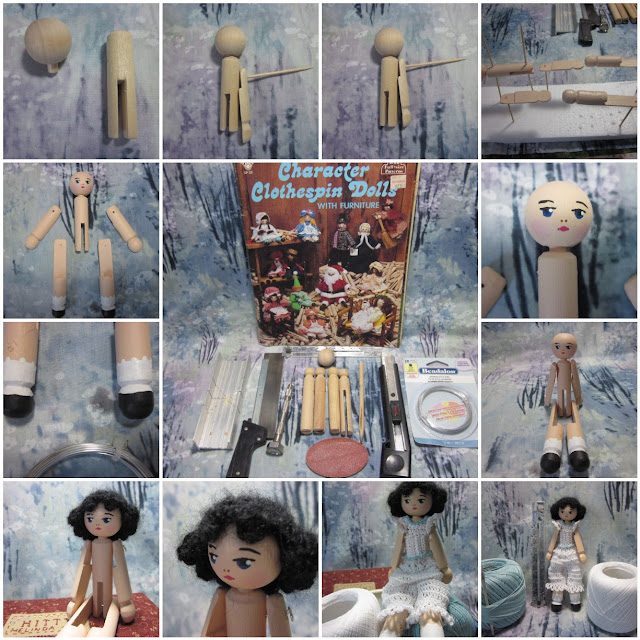 So there I was, busily working on my next crochet doll, when I received a sweet note asking if one of my patterns could be used by a Hitty group for a challenge.  But of course!  I love it when people use my patterns as a jumping off place for their own imagination.  I was also kindly asked if I would like to join the group :-)

So I did.  Then I began a deep dive into Pinterest images of Hitty and other wooden pegged dolls.  I made two Gail Wilson Hitty's several years ago... 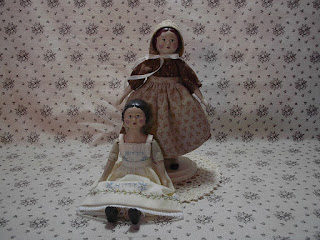 But I wanted to make a wooden one.   I am no carver; I'd probably slice off my arm trying to carve one, but then I remembered this delightful tutorial that Joyce sent me a link to:

How Penny is Made

So these are the instructions I used to make my Clothespeg Hitty :-)  She is more slender than the Gail Wilson dolls 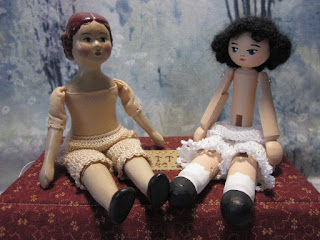 So she had to have her own patterns for undies and such.

But I had such a good time making her.  It has been ages since I have painted a doll; discovered that my matte varnish had turned into a lump :-(  Still, she is painted and now dressed in a camisole and pantaloon, and I have a friend for her in the works.  If I make her just a we bit smaller (five inches instead of six), she will fit perfectly into a Celestial Seasonings Tea Box Trunk :-) 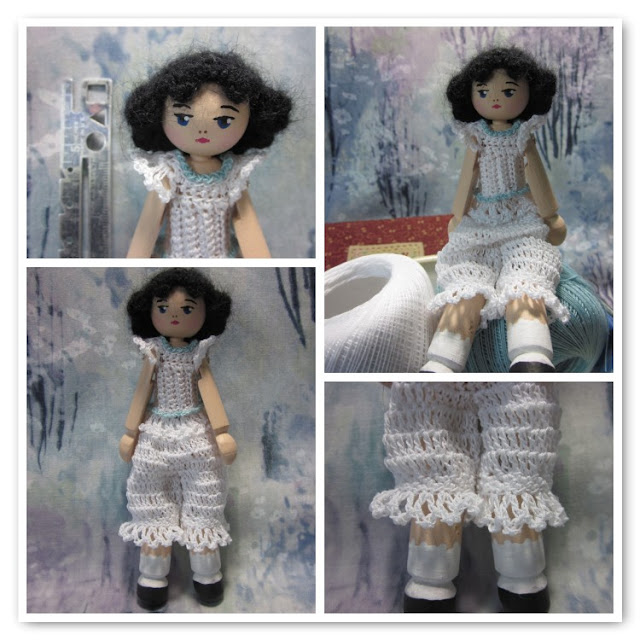 I know she isn't really a Hitty, but she works for me; satisfying my love of making dolls, and making them my own.  Thank you, Becky, for a great dollmaking tutorial, and for sharing it with all of us.

I now have the pattern for Clothespeg Hitty's underwear and her wig.  These items will fit this slender doll, but may need to be adjusted for other Hitty's.  The wig fits a 1 inch diameter wooden bead.

ClothespegHittyWig
Posted by Beth at 9:08 PM