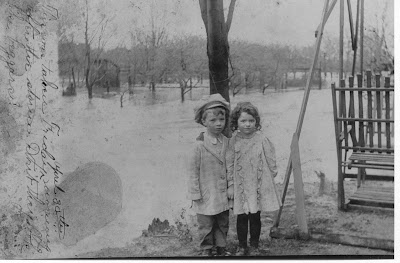 A year ago today, my paternal Grandmother passed away. She was 104.

She was born the year after the Wright Brothers first flew at Kitty Hawk.

When she was 9, in 1913, her hometown of Fairmount, IN experienced the equivalent of four months of rain in three days, a Midwest flooding that destroyed a large part of Dayton, Ohio. In the picture above she is standing with her nephew, the floodwaters lapping at the steps of her home. 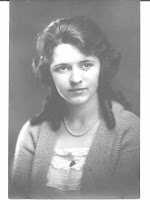 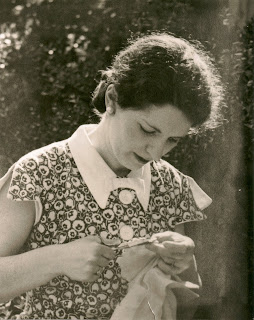 She was a young mother of two girls and two boys during the depression years; she and my Grandfather traveled to Knoxville, TN looking for work during these years. Grandmother was 37 years old when America entered the Second World War.


She was a careful and frugal housewife, as the times required, and with her husband raised four children that embodied integrity and honesty, just like their parents.

She was an accomplished seamstress and needlewoman; she was also an artist, quilter, a great cook, Mother, Wife, Sister. One woman, many roles. 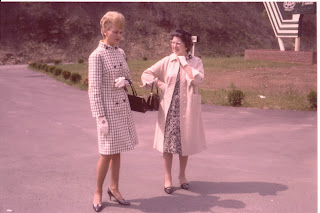 My Mother with Grandmother in the mid 60's. Such elegant women. 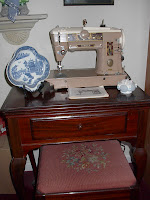 Her sewing machine, circa 1960; at the time a state-of-the-art Singer 401. I think you needed a college degree to figure out how to use all the cams that create the decorative stitches. The needlepoint stool was her work. Her needlepoint is breathtakingly beautiful. 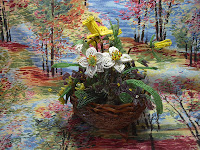 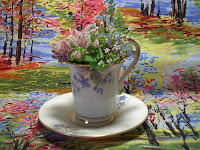 In later years her creative passion turned to French beading, and she made the most exquisite beaded flower arrangements. These are two of my favorites. 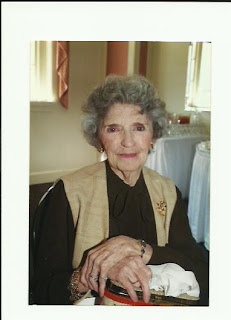 In 1996, when she was 92. A picture from my parents 40th wedding anniversary celebration. Growing old takes a lot of courage, to know that you are the last living member of your generation. A lonely place to be; my Grandmother had courage in spades. 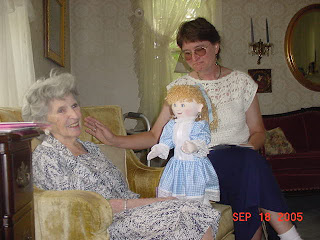 In 2005, at Grandmother's 101st birthday celebration. In the last few years I enjoyed giving Grandmother a doll for her birthday. Her short term memory was being hijacked, but she never lost her sense of humor, and she always knew each of us.

From the Wright Brother's first flight, to Neil Armstrong walking on the Moon. Terrible wars and a devastating economic depression, but also Women's Suffrage, the end of Polio as a childhood killer, and the Civil Rights Act. Cars, planes, computers, cell phones. A shrinking globe and a population that grew from 80 million to over 305 million in the US alone. What a century my Grandmother witnessed.